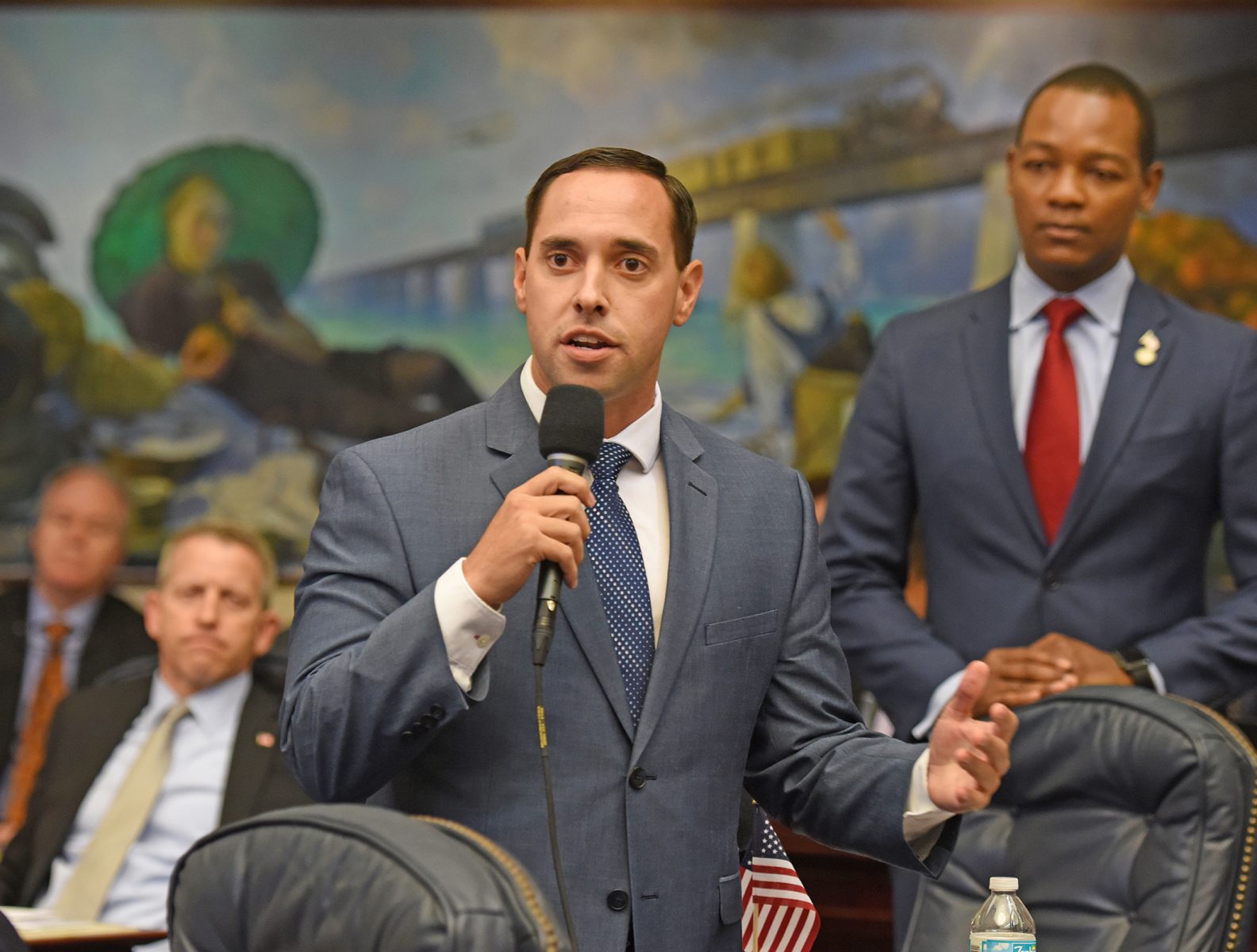 Representative Bryan Avila was born and raised in Hialeah, Florida.  His parents, Adrian and Rosa Maria, fled communist Cuba in search of political freedom, economic opportunity, and a better education for their children.  Representative Avila is a tireless public servant devoted to his community, state, and country.

In 2014, he was elected by the residents of House District 111 to the Florida House of Representatives.  During his tenure in the Florida House, Representative Avila has sponsored a plethora of transformational legislation ranging from enhancing oversight of the procurement process at Florida’s airports to abolishing the Miami-Dade Expressway Authority and providing much needed toll relief to the residents of Miami-Dade County.  In addition, he has led the fight to restore Biscayne Bay, prohibit taxpayer funded subsidies for sports facilities, eliminate red light cameras, and remove express lanes from the Palmetto Expressway.  Representative Avila has served in various important legislative roles, including Deputy Majority Whip and Chairman of the powerful Ways and Means Committee.  In November 2020, he was unanimously elected by his peers to serve as the Speaker pro tempore of the Florida House of Representatives.

Representative Avila also serves as a First Lieutenant in the Florida Army National Guard.  Since receiving his commission in 2018, he has distinguished himself by being an Honor Graduate of the Adjutant General Basic Officer Leader Course and making the Commandant’s List.  In 2019, he played an instrumental role in the preparation for Hurricane Dorian.  Most recently, Representative Avila was activated in support of the COVID-19 pandemic response effort and his dedication to the mission were recognized several times by his supervisors.  In his four years of exceptional military service, Representative Avila has been awarded the Army Commendation Medal, Army Reserve Components Achievement Medal, National Defense Service Medal, Armed Forces Service Medal, Military Outstanding Volunteer Service Medal, Army Service Ribbon, Florida Commendation Medal, Florida Service Ribbon, Florida State Active Duty Ribbon, and Florida Retention Ribbon.

Representative Avila has worked in both the private and public sectors.  However, he has primarily dedicated himself to education, specifically post-secondary education.  His experiences as an educator at Miami Dade College and Broward College have allowed him to bring a unique perceptive to Florida’s higher education policy.

Representative Avila is a graduate of Miami Dade College, where he earned an Associate in Arts and served as President of the Wolfson Campus Student Government Association.  In 2006, he graduated from the University of Miami and received a Bachelor of Arts in Political Science.  He continued his academic studies at the Florida International University School of International and Public Affairs, where he obtained a Master of Science in Criminal Justice and Master of Public Administration.

Representative Avila is married to his high school sweetheart, Cindy Gil-Avila.  They have two children and live in Miami Springs, Florida.