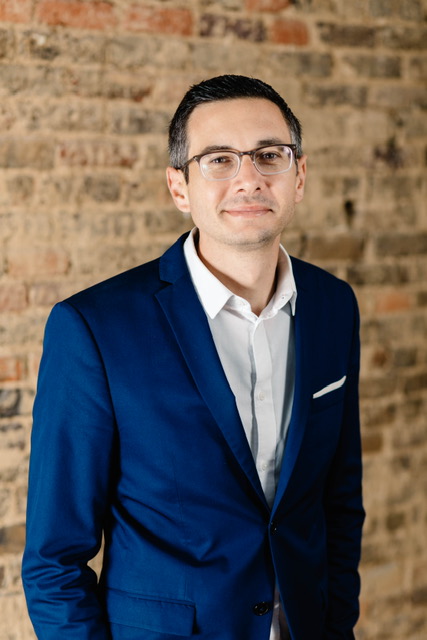 Elected to the Florida House in 2018, Vance Aloupis represents House District 115, which covers areas of Miami-Dade County. A former student body president at the University of Miami, student trustee on the UM Board of Trustees, and a graduate of the University of Miami School of Law, Vance had served as a non-profit executive for more than a decade — working in the area of early childhood education.

In 2012, Vance was appointed by Gov. Rick Scott to serve as a commissioner on the Governor’s Commission on Community Service – also known as Volunteer Florida – which oversees much of the state’s AmeriCorps programs. He is a graduate of Class VI of the Miami Fellows (his community’s most prestigious leadership development program) and Class IV of Connect Florida (a program focused on the next generation of statewide leaders). In late 2014, Vance – along with two colleagues – helped found the James Madison Institute’s Leaders Fellowship, a one-year leadership development program focused on fostering free market principles. He was also accepted into the American Enterprise Institute’s National Leaders Network – for non-profit and government executives. A graduate of the Harvard Business School Executive Education program Strategic Perspectives in Non-Profit Management, Vance was selected as one of 90 young professionals from across the country to join in the first cohort of HBS’s 2015 Young American Leaders Program.

In 2014, Vance was honored by The Bob Graham Center for Public Service at the University of Florida as the Young Floridian of the Year. And, in 2016, Vance was honored with the Emerging Leader Award from Florida International University’s Center for Leadership, the Ruth Shack Leadership Award from The Miami Foundation, and one of three “next generation” visionaries by The Miami Herald. His legislative work has been recognized by the Florida Chamber of Commerce, the United Way and many others.

Following the completion of his first term in the Legislature, Vance was  re-elected in 2020 and appointed to serve as the Chair of the Early Learning and Elementary Education Subcommittee. He has worked on numerous issues including educational reform, climate resiliency, Everglades protection, housing access, and campaign finance reform just to name a few.

Vance and his wife, Mariella, live in Miami, Florida with their three daughters, Isabella, Aria and Olivia.