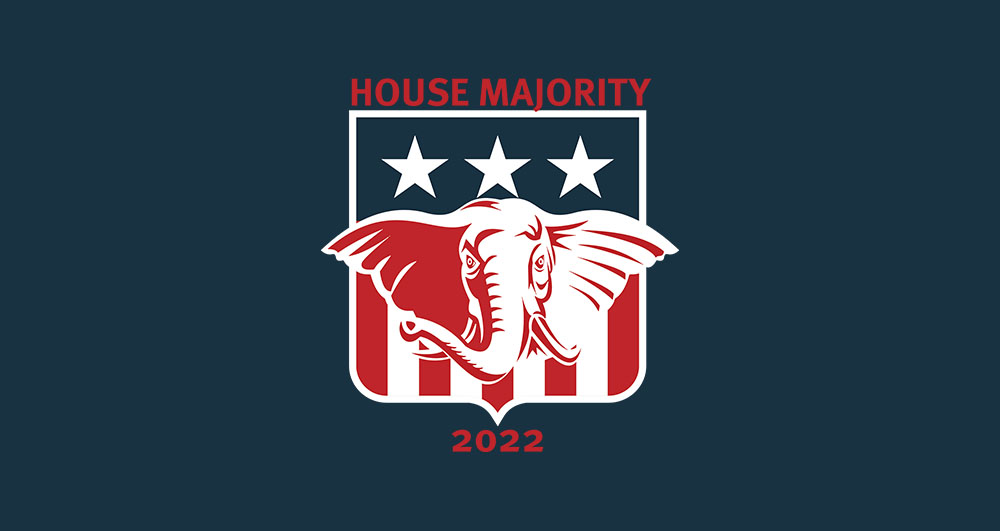 Republicans might be cringing watching the slow crawl presidential results come through in other parts of the nation, but in Florida there is much for the GOP to celebrate.

Aside from President Donald Trump’s commanding more than 3 percentage point victory in the state Tuesday night, down ballot Republicans cleaned up in Florida House races. They might have one man in particular to thank: Speaker Designate Chris Sprowls.

Republicans netted five seats Tuesday night, growing their majority in the House from 73-47 to 78-42, just outside the super-majority threshold.

The gains mean Republicans reclaimed the same number of seats they lost two years ago amidst what some claimed was a blue wave serving as a referendum on President Trump. Democrats won back five seats in 2018. Now the GOP has bridged that gap, plus a seat.

It was a massive stream of victories in a year Democrats hoped to put a dent in, if not obliterate, their deficit in the House. Not only did they fail to gain seats, they lost them.

“No matter what was thrown at house republicans, the Speaker Designate came back again and again with pledges of additional resources and support to make last night happen.  There wasn’t a campaign that went without something they needed to find success- that’s because of Chris Sprowls,” said GOP consultant Anthony Pedicini, whose client, HD 60 Rep. Jackie Toledo, proved local polls wrong by winning her race against community activist Julie Jenkins.

“As much as it was victory for the individual candidates, last night was Chris Sprowls’ victory,” he added.

“My job was to recruit an A-level team, provide a strategic vision, recruit and motivate our candidates, and raise the resources we needed to compete.  I’d put our House Majority Team — Mat Bahl, our campaign team Faron Boggs, and TomPiccolo, our fundraising team Cameron Ulrich and Tony Cortese, our grassroots guru Kevin Sweeny, Sarah Bascom and Lyndsey Brzozowski of the Bascom Communications team, along with Lynn Imhof and Lara Medley — against any political team anywhere,” Sprowls said.

The party, under Sprowls’ leadership, rethought political campaigning, implementing a strategy that was proactive rather than reactive. With more than a decade in power in the legislature, there’s always a sense that the tide might change. Rather than defending seats when it happened, the party went on the offensive.

Their efforts led to what amounted to record fundraising that exceeded both 2016 and 2018 elections combined.

“We worked day and night to try to look for both traditional and non-traditional donors,” Sprowls said. “Setting a record fundraising mark wasn’t easy, but our message about the achievements of the Florida House in the past two decades and the vision for the future I think were compelling to both voters and donors and it helped us set records and win seats.”

While the money helped aggressively support candidates throughout the state, the money would have been no good without an effective ground game. After all, Democrats enjoyed record funding as well, to the tune of about $12 million, largely from the Forward Florida Majority PAC.

Campaigns were already forced to pivot this year, with COVID-19 forcing campaigns in their early days to avoid in-person events and traditional campaigning like knocking on doors. The GOP did what they had to do, and then when the state looked to have the virus under control, they got out in force, knocking on some 500,000 doors.

Democrats more reluctant to resume normalcy as the pandemic raged on, criticized some events. But their caution may have been one cog in the wheel that led to bruising defeats. While they held Zoom events, GOP candidates, their staff and volunteers were speaking directly to voters where they lived, gathering up intel about issues that meant the most to them.

Party of the party’s strategy, Sprowls said, was to learn, community by community, what issues meant the most to voters, and then cater their message directly to those needs or fears.

That contrasted what was largely a blanket message among various Democratic campaigns, one that tended to focus on ties to President Trump and access to health care, among others. Their message, to some voters, felt like being told what to think rather than a response to their own individual needs.

“The Democrats have been obsessed with the idea of nationalizing every election.  Rather than try to force the voters to listen to what we wanted to talk about, we decided to meet them on their turf and talk about what mattered to them,” Sprowls said.

“We emphasized the importance of grassroots outreach to our candidates and deployed a roving statewide Grassroots Strike Team to enhance the campaigns’ local walk programs.”

And Republicans reported success with their ground game in terms of health. Social distancing and other precautions were employed and overall, voters didn’t seem to mind the door knocks.

“The pandemic created challenges, but we adapted, adhered to safety protocols, and respected the boundaries of the voters we met,” Sprowls said. “We put a human face on our candidates who built relationships with their neighbors while our opponents farmed out work to out-of-state consultants.”

There was another factor, too.

Democrats might have squandered precious resources in districts they had no hope of winning. Leading into the election, Democrats vowed to run a candidate in all 120 House Districts this year. They wound up just one shy.

“We looked for candidates who were reflective of their districts and who were in tune with the needs of their communities.  We wanted to find service-oriented leaders with a passion for their district,” Sprowls said.

Meanwhile, Democrats went for quantity over quality. Some candidates were long shots like Kelly Johnson who ran against Sprowls in his HD 65 seat.

She only raised just over $17,000 for the race and didn’t enjoy party support candidates in other more competitive races received. Sprowls won with 61% of the vote.

“Recruiting a candidate in every seat isn’t the same as running a campaign in every seat.  The national groups that were directing this campaign against the Florida House were clearly very strategic in selecting their targets, and they concentrated their millions of dollars in the races where they thought they could win,” Sprowls said. “They failed because our candidates worked harder and talked about the issues that mattered to the voters in their communities.”

“The Democrats’ ‘a candidate in every seat’ approach was a strategic blunder, but not because they spread their campaign resources.  It was a mistake because they wasted their time recruiting 73 candidates rather than recruiting the 5, 7 or 10 perfect candidates to take win the races that were in play,” he added.

There’s an argument to be made that running candidates in almost every race forced the GOP to expend resources on races it might not have otherwise had to worry about, but if that was the strategy, Tuesday’s results prove it didn’t work.